One of the interesting headlines this week was that the NFL regional scouting combine will be having it’s first female participant. Lauren Silberman is registared to compete as a kicker at the New Jersey Combine beginning March 2nd. Being that I’m a female athlete and avid NFL fan, I thought I’d share my 2-cents on this.

First of all, most of you know I’m all about women moving up in this football world and being put on the same playing field as the boys. For example, when LSU’s female soccer player Mo Isom came out saying she was going to try out for the LSU football team I was ecstatic, because I looked at her qualifications, character, and knew she would represent women well, whether she made the team or not. 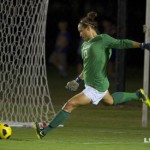 Isom being a high performing collegiate athlete from a top division I school, tells me she has the most potential to make that sort of transition into a male dominated sport. Honestly, I thought Isom would be the first female to represent at a combine, but instead to the surprise of many, this Silberman girl comes essentially out of nowhere. Which let me first state, that I wish her all the best and I sincerely hope that she represents the female gender well….but heres my big concern… 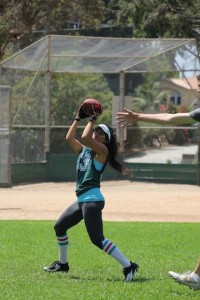 After reading some articles and watching some interviews, I’ve learned that this woman’s ONLY qualification is playing “club” soccer. Now I’m not sure if you guys are familiar with the competitive difference between club sports and intercollegiate sports. Therefore to make things simple, I’ll say that practically anyone can play on a club team, it’s pretty much for the people who weren’t good enough to make a real college team. Where as when it comes to playing on a college team, you have to earn the right and scholarships through years and years of daily training and competition. Therefore, if her only qualification is club sports, than it looks as though I’m more athletically qualified having collegiate and professional sports experience. Even having those qualifications I know I’m no where near ready to compete in the NFL. When discussing both Mo Isom and Lauren Silberman I put together a video comparison of their form and kicking techniques in the above video.

Obviously Mo Isom has better form and appears to be a better overall athlete. Therefore I do hope one day she does compete in football, college is the appropriate way to start. As for this other girl, she seems to be bringing up the sports company she founded a lot, which has me wondering if her intentions are in the right place.  I hope it’s not just a publicity stunt on her part. Because if she embarasses herself, it will be setting the female gender back a few steps and it will be that much harder for us to be taken seriously moving forward.  So good luck to all the ladies, and remember if you want to play with the boys make sure you have the athletic background, experience, and drive to train like one. Don’t do things just for attention have your intentions right, because what you do can effect how the rest of us ladies are treated.

2 Responses to 1st Female to Compete at NFL Regional Combine, Good/Bad? Opinion on Lauren Silberman from a Female Athlete