Can the Cowboys get over the “hump” and return to the playoffs?
Can Tom Coughlin lead the Giants to success during another rebuild?
Are the Eagles a one year wonder?
Will the Redskins find redemption after an awful season?

My final article of this offseason, is one that the proprietor of this website (and my boss) has eagerly anticipated. So let’s have a look at the NFC East Division.

Free Agency: Having very little money to spend hit the Cowboys hard this free agency period. They now have two somewhat reliable back-up QB’s with Brandon Weeden & Caleb Hanie both from the Browns. DT Henry Melton (Bears) is a good pick-up and re-signing DE Anthony Spencer was key. Unfortunately the losses of free agency greatly outweigh the additions, as the Cowboys were relegated into signing mostly role players instead of starters.

Draft: Things went better for the Cowboys in the draft. Notre Dame OT Zack Martin is probably the most versatile O-Lineman around from this year’s class. Boise State DE Demarcus Lawrence adds speed as an edge rusher, and could become more than that as he progresses.
Pittsburgh WR Devin Street & Stanford DE Ben Gardner are good late picks.

Overview: The Cowboys were dealt some tough blows this offseason. Long time veterans Demarcus Ware & Miles Austin are gone as are Ernie Sims, Danny McCray, Phil Costa, Marvin Austin & Jason Hatcher. Due to salary cap constrictions, the Cowboys weren’t adequately equipped to fill the void. The most glaring of those was not finding a successor for QB Tony Romo, who along with TE Jason Witten are not getting any younger. Depth at WR is another concern as well. The Cowboys are basically fielding the same team as last year, and are hoping that it will be enough to get back to the playoffs.

Free Agency: Out with the old and in with the new, is what the theme was for the Giants this offseason. The new faces on defense: LB Jameel McClain (Ravens), CB’s Dominique Rodgers-Cromartie (Broncos) Zack Bowman (Bears) & Walter Thurmond (Seahawks), FS Quintin Demps (Chiefs) & DE Robert Ayers (Broncos) will give the Giants a lot to look forward to. On offense the Giants bought themselves a new O-Line with the additions of: OT Charles Brown (Saints), OG’s John Jerry (Dolphins) & Geoff Schwartz (Chiefs) & C J.D. Walton (Redskins).

Draft: Louisiana State WR Odell Beckham, Jr. may not be the biggest receiver in the class, but his productivity is without question. Colorado State C Weston Richburg has good potential, but was a bit of a reach in the 2nd round. Syracuse DT Jay Bromley will add beef to the D-Line & Boston College RB Andre Williams should be a workhorse in this offense. San Diego State SS Nat Berhe is a good late pick.

Overview: Head Coach Tom Coughlin is hoping that this is a retooling year instead of a rebuilding one. Justin Tuck, Hakeem Nicks, Ryan Mundy, Kevin Boothe, Andre Brown, Louis Murphy, Keith Rivers & Aaron Ross are all gone. Despite that, the Giants did get plenty of quality free agents to take their place. QB Eli Manning has to love the new line in front of him and the new weapons he has at his disposal. If the offense gets into a rhythm, the Giants will not be a team to overlook.

Free Agency: FS Malcolm Jenkins (Saints) & CB Nolan Carroll (Dolphins) are welcome additions to a secondary that needed help. FS Chris Maragos (Seahawks) is good depth. On offense the Eagles signed QB Mark Sanchez (Jets) who gives them a much needed veteran as a back-up. Not a lot of signings, but each one was a need.

Draft: Louisville LB Marcus Smith was a big reach, when you consider that better LB’s were still available. Vanderbilt WR Jordan Matthews was a gift in the 2nd round and should pay off handsomely. Florida DB Jaylen Watkins has good versatility & Oregon DE Taylor Hart is an overlooked player with great size. Wisconsin DT Beau Allen is raw, but can become a force in time.

Overview: Head Coach Chip Kelly was a busy man this offseason. Not willing to re-sign WR Desean Jackson & QB Michael Vick and trading for Saints RB Darren Sproles were big moves, the latter led to the trading of RB Brice Brown. After winning the division last year, expectations are high. Now can the Eagles meet those expectations? QB Nick Foles proved that he is the man to lead the offense, although now he will be asked to play an entire season. However, the key to the Eagles success will be their defense, which was inconsistent last season. If that unit can perform better, then another division title could be had. 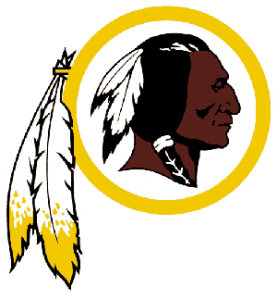 Draft: Despite not having a first round pick, the Redskins were able to land Stanford LB Trent Murphy, who has good speed and size. Virginia OT Morgan Moses opened eyes during the offseason and should be a quality Tackle. Clemson CB Baushaud Breeland has plenty of potential and Tulane WR Ryan Grant is an overlooked receiver that will get you quality play. Baylor RB Lache Seastrunk adds speed to the backfield.

Overview: The Robert Griffin III trade is complete. Now it is time for Griffin to produce. The addition of Desean Jackson is key, as speed will now be a big factor in the offense. The defense has been given an upgrade and the Redskins are poised to return to the playoffs. In order for that to happen QB Robert Griffin must stay healthy. Another injury to him, would be devastating.