Can the Bears rebound from a disappointing season and return to the playoffs?
Is the loss of Ndamokong Suh, too big for the Lions?
Has the Packers defense finally caught up with the offense?
Are the Vikings ready to surprise the entire NFL, and show they are contenders again?

Draft: With the trading of Brandon Marshall, WR became a priority which is why the Bears selected West Virginia WR Kevin White, a speedster with great size. However, White was a JUCO transfer and is a late bloomer at the top college ranks. The one year wonder status could be a concern too, is really ready to start in the NFL? Florida State DT Eddie Goldman is a nice addition & Michigan State RB Jeremy Langford will add versatility to the backfield.
Grade: B-

Overview: John Fox is the new head coach, and he has a knack for turning teams around. The Bears have talent, now they need an identity. Fans are growing impatient with QB Jay Cutler, as this could be his last chance with the team. The inability to find a new QB for the team loomed large this off season. Nevertheless, the offense is still loaded with talent, and if the defense gels quickly, the Bears could prove to the NFL that they are still playoff contenders.

Free Agency: Not only did the Lions lose DT Ndamokong Suh, but DT Nick Fairley left as well. Talk about a gaping hole. The trade for DT Haloti Ngata will certainly help in that area, and the arrival of DT Tyrunn Walker(Jets) will help too. CB Josh Wilson(Falcons) was added for depth. Reggie Bush, Dominic Raiola, C.J. Mosley, Rob Sims & Ashlee Palmer are all gone.
Grade: D

Overview: Just how good are the Lions? It’s difficult to say if they will miss a step on defense now that Ngata replaces Suh. Although the talent at LB and in the secondary could hide any problems upfront. A young Offensive Line may not be the thing that QB Matthew Stafford needs. They are showing a lot of faith in RB Joique Bell to get the job done, but look for Abdullah to get his share of carries too. If they can beat the Packers, they can win the division. If not, another race for the wild card will be their only chance. 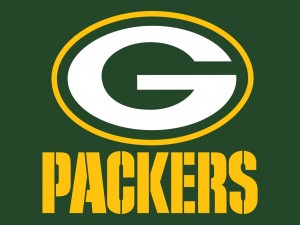 Free Agency: If you like what you have, you make sure that it remains intact. That’s exactly what the Packers did as they re-signed Bryan Bulaga, Randall Cobb, B.J. Raji, Scott Tolzien & John Kuhn. Tramon Williams & A.J. Hawk departed. Unfortunately, no veteran free agents were added.
Grade: C+

Draft: The DB’s Demarious Randall(Arizona State) & Quinten Rollins(Miami, Ohio) give a much needed boost to the Packers secondary. Michigan LB Jake Ryan can play both inside & outside. UCLA QB Brett Hundley lands on a good team, but where does he fit? Louisiana-Lafayette DE Christian Ringo can be an effective pass rusher.
Grade: B

Overview: The Packers are basically going ahead with the same team. Hard to blame them, since there were an onside kick away from the Super Bowl. All eyes are on the defense, who must show that they can be dominant, otherwise they could come up short again in that quest for another Super Bowl championship. 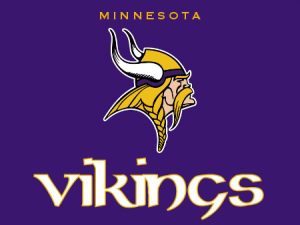 Draft: The Vikings were on their game in this area. Michigan State CB Trae Waynes is a great addition, UCLA LB Erick Kendricks could be starting this year, & Louisiana State DE Danielle Hunter could be a steal. Pittsburgh OT T.J. Clemmings is a fine project and Southern Illinois TE MyCole Pruitt is another receiving threat. Nothing more needs to be said about the rest of their draft after these first five picks.
Grade: A+

Overview: If QB Teddy Bridgewater can avoid the sophomore slump, then watch out. Lots of eyes will be watching WR Mike Wallace to see if he is the threat he was with the Steelers or the big mouth he was with the Dolphins. Let’s not forget RB Adrian Peterson, who will be playing with a lot of anger this season. If the defense begins to assert itself, then the Vikings could turn into the surprise team of the year.